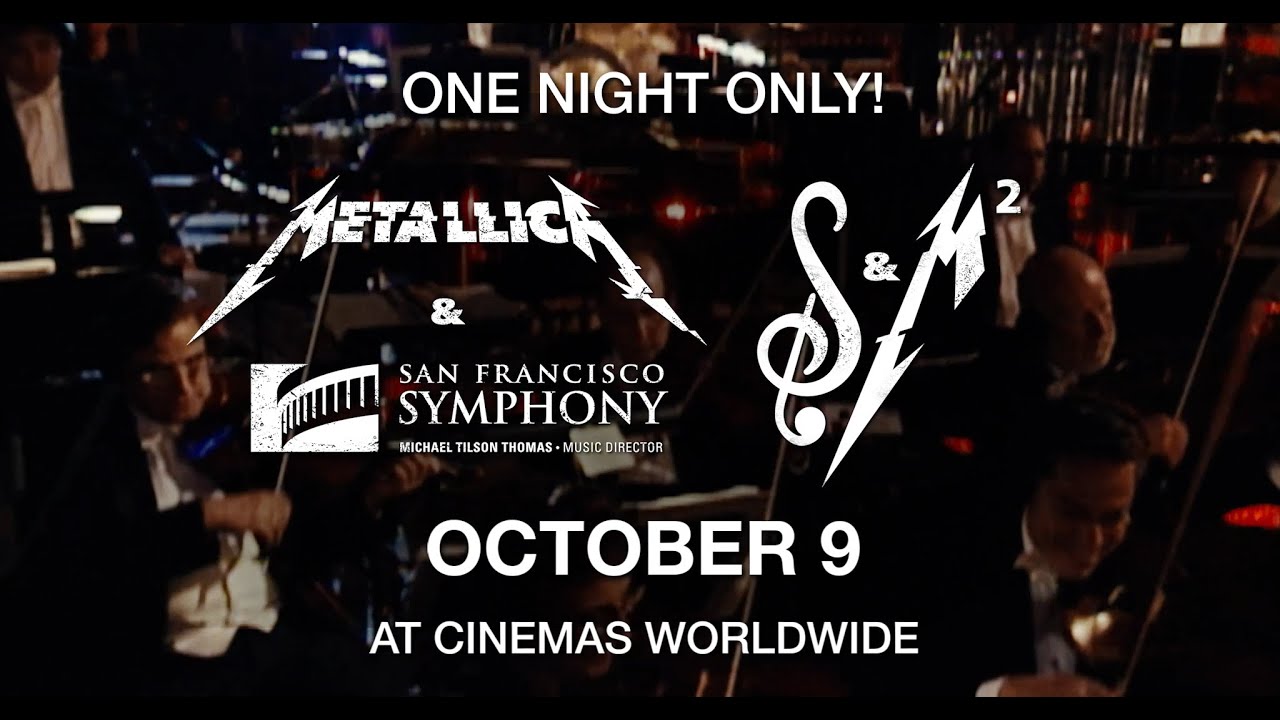 METALLICA TEASE THEIR SHOW WITH THE SAN FRANCISCO SYMPHONY

It’s one night only, October 9th, Metallica will screen S&M2 in more than 3,000 movie theaters around the world. Expect several tracks from the original ’99 S&M release as well as symphonic versions of new songs released since then.

James Hetfield had this to say at the press conference: