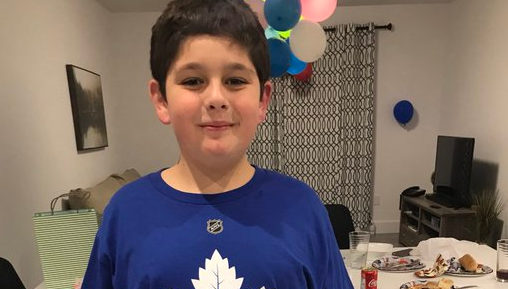 Leafs Celebrate Kade’s Birthday After Nobody Shows Up For Party

As a parent, your heart breaks for this kid!

Kade was set to celebrate his 11th birthday with a Maple Leafs themed party…but things took a turn when nobody he invited showed up.

Kade’s Dad took to Twtter in hopes of reaching out to a couple of his Maple Leaf heroes. What happened next was pretty spectacular!

Even Luke FREAKIN’ Skywalker chimed in!